Ehrlich’s research and methods provided much of the foundation of what eventually became modern drug discovery. Over the next 100 years, critical tools required to efficiently identify biologically active compounds and understand how they function, both in a whole organism and in isolated systems, were developed. The fields of animal modeling, X-ray crystallography, molecular modeling, high throughput screening, and high throughput chemistry, as well as biotechnology tools such as recombinant DNA and transfection technology, grew as knowledge in basic sciences such as biology and chemistry expanded. In many cases, the development of new technology in one field led to advances in a related field. The advent of transfection technology, for example, provided the tools necessary to generate transgenic and knockout animal models. Advances in X-ray crystallography led to advances in molecular modeling and computational chemistry, and the combination of increased computer capacity, automation science, and in vitro screening techniques led to the introduction of high throughput screening. There can be no question that a wide range of scientific disciplines influenced the development of modern drug discovery science.

While modern drug discovery research is performed using a wide assortment of standardized animals from any number of different species, this was not the case at the beginning of the twentieth century. In 1906, Wistar rat, a strain of albino rats belonging to the species Rattus norvegicus, was introduced, which marked the first effort to develop a pure strain animal as a model organism for medical research. The Nude Mouse was identified in 1962, they were rapidly accepted as a major model for the study of cancer progression and therapeutic intervention. In 1974, Rudolf Jaenisch successfully inserted simian virus 40 DNA sequences into mice. These efforts marked the first successful transfer of foreign DNA into an animal suitable for drug discovery research. Subsequent efforts demonstrated that the addition of foreign DNA to single-cell mouse embryos provided incorporation of the foreign DNA, and the new genes were passed on to subsequent generations (Figure 2). The advent of transgenic technology in animal models opened the door to knockout animal models. By the late 1980s, it had been well established that new animal models could be developed through the insertion and expression of foreign DNA in animal models. The suppression of normal gene function was addressed by Capecchi, Evans, and Smithies in 1989 when they introduced the first knockout mouse. Until now, thousands of knockout mice have been created to better understand gene function and disease progression. The importance of this technology was recognized in 2007 with the awarding of the Nobel Prize to Capecchi, Evans, and Smithies for their pioneering work in this area. 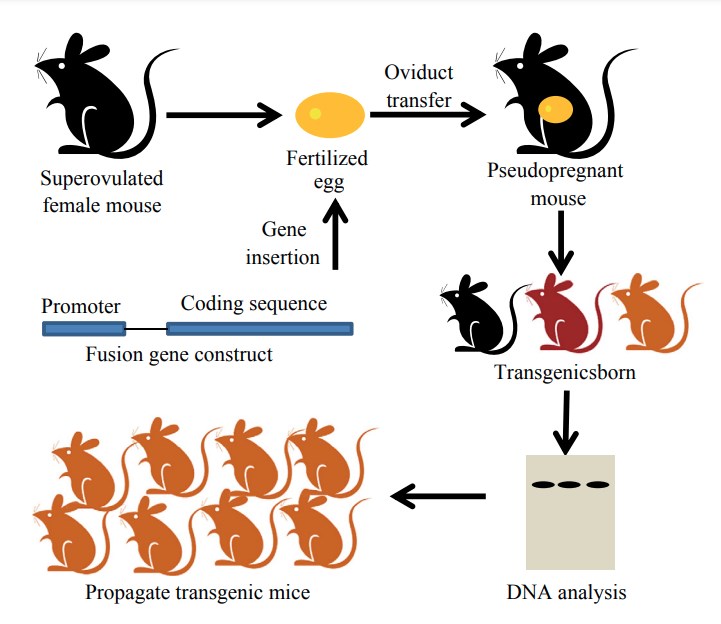 Elucidating the mechanistic aspects of drug action or disease progression at a molecular level requires the ability to prepare molecules suitable for testing, an understanding of the structure of the target, and the ability to screen for biological activity in isolated systems. In the intervening time between Paul Ehrlich’s pioneering efforts and the present day, substantial progress has been made in preparing novel compounds through advanced organic synthesis, elucidating the molecular structure of biological targets, understanding the interaction of the aforementioned targets with biologically relevant molecules, and increasing the pace at which the science is explored through the application of robotics, automation, and computer technology. Advances in one of these overlapping fields often provided support for discoveries or technological advancements in related areas. The growth of X-ray crystallographic knowledge, for example, had a tremendous impact on the science of molecular modeling and computational chemistry, and both of these fields relied heavily on advances in computer technology, an area totally outside of drug discovery, to increase capabilities and capacity. While it is not possible to describe the complete history of the development of the full range of tools employed to understand the molecular basis of disease processes and drug action, an examination of the history of some of the key technologies developed for this purpose provides a wealth of insight into how modern drug discovery systems developed over the last century.

Fig 2. Several important molecular structures have been identified. (a) benzylpenicillin, (b) cholesteryl iodide, (c) vitamin B12, and (d) insulin. (Blass, 2015)

Although there were many remarkable discoveries made in the first 70 years of the twentieth century, such as penicillin antibiotics, benzodiazepine central nervous system (CNS) drugs, and macrolide antibiotics, drug discovery scientists of this age were limited in their ability to identify and interrogate targets of interest. The generation of new animal models was restricted to selective breeding of naturally occurring mutations and protein production was limited by the expression levels of proteins in naturally occurring cells. The dawn of the age of biotechnology, however, ushered in a new era of drug discovery and disease understanding. Beginning in the 1970s, the restrictions imposed by natural evolution and selection were lifted as scientists began to develop technologies that allowed them to manipulate the DNA of living organisms. In 1975, monoclonal antibodies were introduced, adding further fuel to the biotech fire, and by 1980 companies such as Genentech and Amgen were founded to harness the new techniques for therapeutic purposes. Continued scientific advances, such as polymerase chain reaction (PCR) technology, successful macromolecular therapeutics (recombinant proteins, monoclonal antibodies, and receptor construct/fusion proteins), and the Human Genome Project, further expanded the reach of biotechnology. By the end of the twentieth century, less than 30 years after the initial experiment that launched the field, biotechnology had transformed the process of drug discovery and created a multi-billion-dollar industry of its own.

Other Milestones in Drug Development

Creative Biolabs provides a comprehensive suite of customized Drug Development services in a timely and cost-effective manner to satisfy your specific needs. If you have any questions about our services, please don’t hesitate to contact us and find out more.

For Research Use Only
Related Services