Phenotypic drug screening is a method based on changes in the phenotype of organisms. Biological phenotypes are the characteristics of specific genes under the influence of the environment. Traditional phenotypic screening is the standard method for new drug invention. It mainly filters compounds that can change the phenotype in animal disease models and then studies the targets and mechanisms of the compounds. Later, modern cell-based phenotypic screening technology appeared. This technology is mainly used to screen compounds that can cause desired physiological changes in cells, which helps to discover new proteins and new targets. 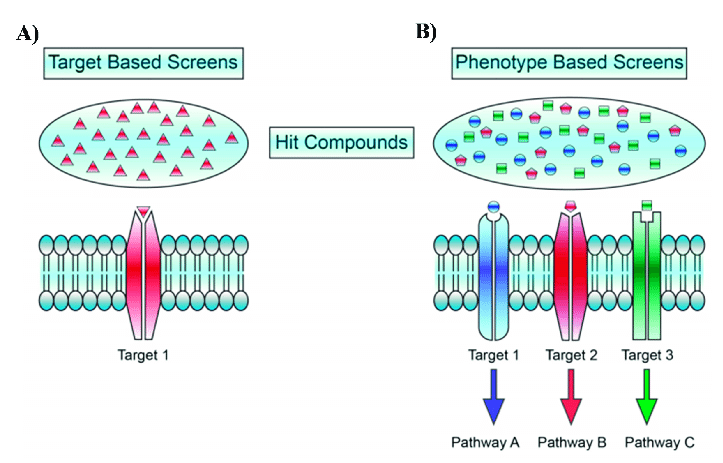 The exploration of drugs by phenotype-based compound screening technology is achieved through changes in complex biological systems or signal pathways by compounds, and it is an effective way to probe compounds that act on new targets. The use of this simple strategy not only helps to increase the probability of early drug detection but also improves the success rate of late drug development. Modern phenotypic screening technology will be more meaningful for the investigation of rare disease drugs and novel drug targets. Moreover, this technology is minimally affected by molecular insight. Therefore, this characteristic can be applied to the discovery of new drugs in diseases where the underlying mechanism is not well understood, such as common psychosomatic diseases or neurological diseases. At present, some research statistics show that the number of drugs discovered by modern phenotypic screening methods has exceeded the number discovered based on molecular targets. Therefore, modern phenotypic screening will become a promising drug prospecting approach.

We have completed dozens of drug research and development cooperation projects with global customers and accumulated rich experience. Creative Biolabs has been equipped to provide our customers with professional and efficient phenotypic screening services. If you need help in drug research, please contact us as soon as possible.